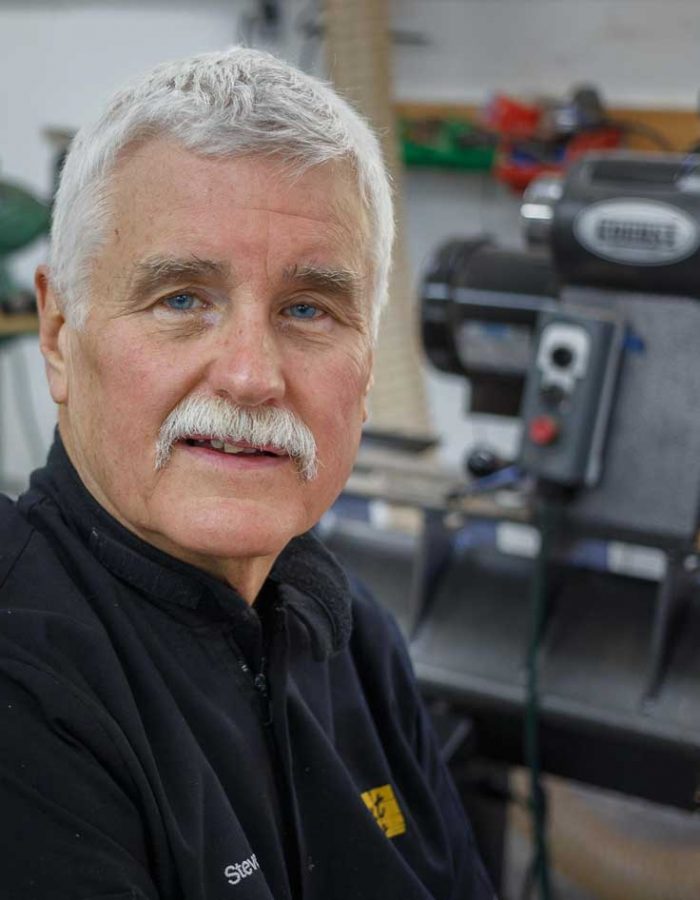 STEVEN KENNARD started turning wood in England in the mid 1970’s as part of his work when restoring antique furniture. He began turning boxes at the same time and immediately was drawn to the mystery inherent in them. Steven has worked in England, France, New Zealand, the USA and Canada and has been selected for numerous awards. His work has been featured in many publications including New Masters of Woodturning, New Masters of the Wooden Box, and Fine Woodworking to name just a few. The Art Bank of Nova Scotia has purchased his work for their permanent collection and Steve is a member and standards juror for Crafts Nova Scotia. He has served as juror on committees for the Canada Council for the Arts and Arts Nova Scotia. Steven has taught and demonstrated as a featured presenter at several AAW symposiums. He tours the USA and Canada, demonstrating and holding workshops for guilds. His work has been presented at SOFA Chicago and New York many times and he was featured in the short video “Turns” (part of the award winning series “Conversations with Makers”) released in the spring of 2015 which describes Steven’s work and philosophy.

Craftsmanship Across the Board

Scroll back to top